You are here:  Home » Doing Business in Colombia » Colombia Makes Gains in 2015 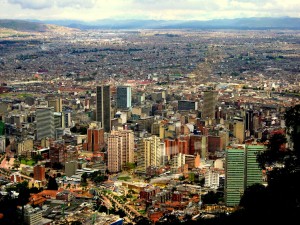 Two recent global reports have highlighted Colombia for its strong business climate and impressive economic improvements, which have made the country increasingly attractive to local entrepreneurs and foreign business and leisure travelers. The World Bank Group and the World Economic Forum both recognize Colombia as being a leader in Latin America.

The World Bank Group’s report, Doing Business 2015: Going Beyond Efficiency, ranked Colombia as the number one country in the Latin American and Caribbean regions for ease of doing business. The report highlights Colombia’s recent successes in the area of regulatory reforms, with 29 business friendly reforms implemented in the region since 2005.

Earlier in 2014, Colombia launched the “Colombia Bring IT On” campaign, a major initiative aimed at promoting the growth of the country’s technology sector in the international market and raising awareness around Colombia’s competitive advantages in the industry. Colombia’s IT sector is now the third largest in Latin America, with 33 percent growth over the past five years. In 2013, total sales for the software and IT sector in Colombia exceeded US$3 billion and it is expected that this figure will double by 2018.